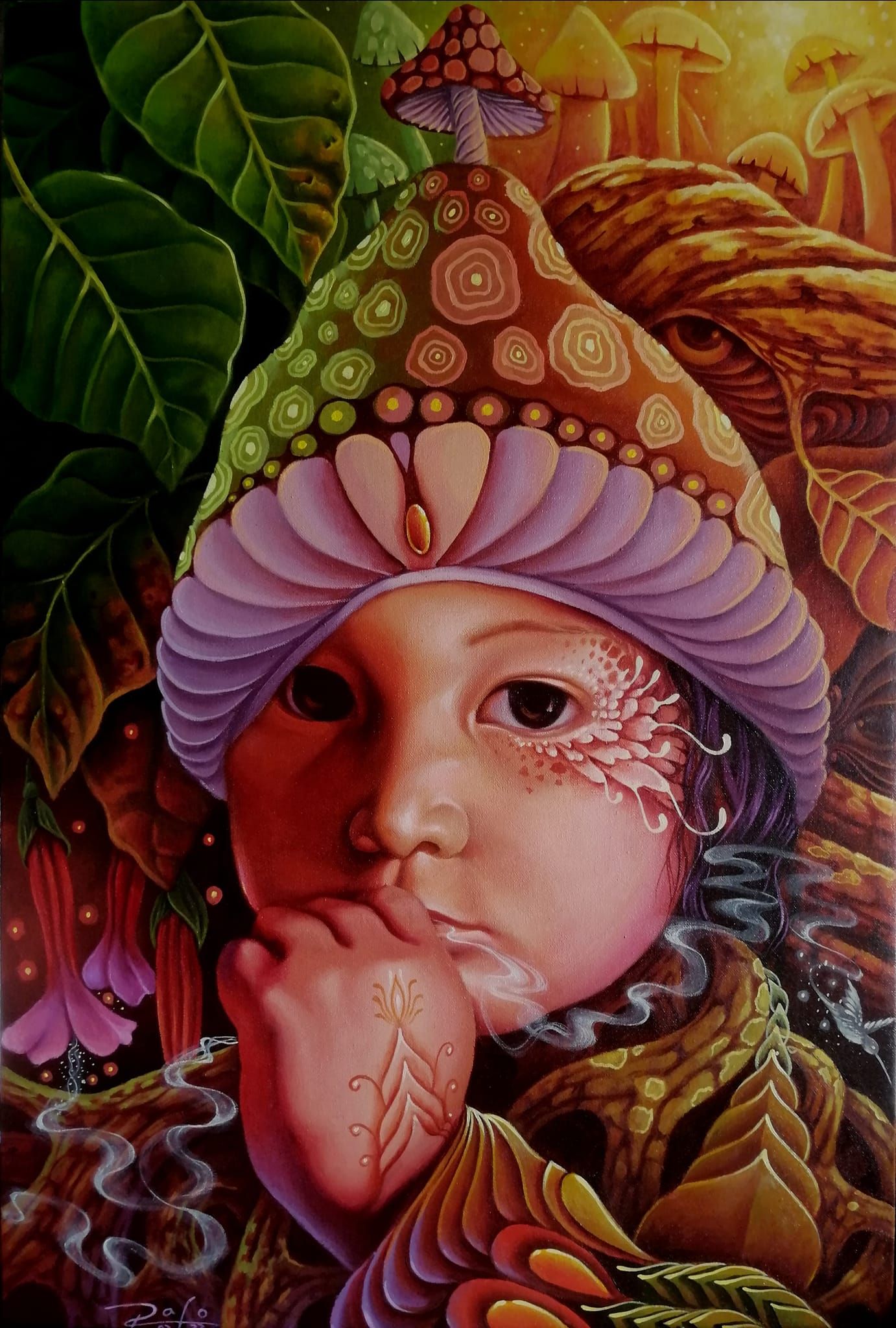 On Matahma Ghandi’s birthday, Picaflores opens an exhibition on the theme “The Beauty of Mother Earth”. In South America, it is mainly the indigenous peoples who demand justice for Mother Earth, their raison d’être. Like no one else, they have understood for centuries that without respect for what surrounds them, the forest, they have no chance of survival…

The exhibition’s main aim is to show the beauty of Mother Earth. The representatives of the Neo-Amazonian art style from Peru invite us to honour her as our own mother. The style includes the realistic representation of the rainforest on the one hand, and the rich symbolism of the indigenous peoples reflecting their cosmic vision of the Earth and the Universe on the other. During the lectures and the tour, the link to Ghandi’s ideas is established:

The Earth has enough resources to meet everyone’s needs, but not enough to satisfy everyone’s greed.

Picaflores.org is a not-for-profit organisation that creates a concrete and structural impact in the field of sustainable living and production worldwide. Supported by scientific knowledge, projects and initiatives are helped by hands and resources to become self-sufficient. They also initiate and support projects around nature conservation and awareness. Tonkiry, the art exhibition project on fragile ecosystems, is one example.

This exhibition is a not-for-profit project that benefits the Cerrado in Brazil, the lungs of our Earth. The Cerrado is a 45 million year old ecosystem in Brazil that has already been more than 50% destroyed by intensive monoculture for export, especially soybeans for (our) cattle feed.

This exhibition will run until 30 October 2022.

We use cookies on our website to give you the most relevant experience by remembering your preferences and repeat visits. By clicking “Accept”, you consent to the use of ALL the cookies.
Cookie settingsACCEPT
Manage consent

This website uses cookies to improve your experience while you navigate through the website. Out of these, the cookies that are categorized as necessary are stored on your browser as they are essential for the working of basic functionalities of the website. We also use third-party cookies that help us analyze and understand how you use this website. These cookies will be stored in your browser only with your consent. You also have the option to opt-out of these cookies. But opting out of some of these cookies may affect your browsing experience.
SAVE & ACCEPT