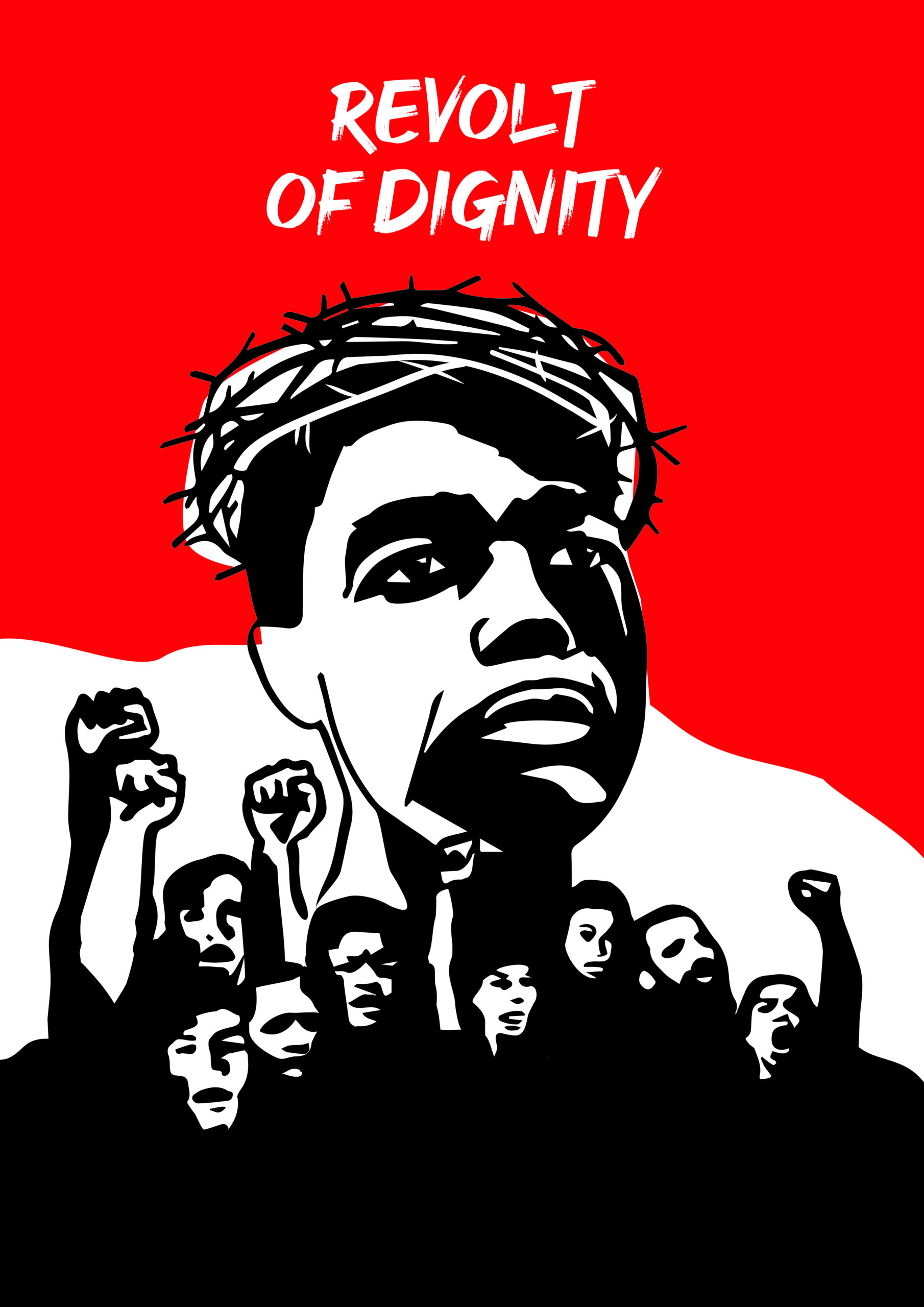 We would like to invite you to the event “Revolt of Dignity with Milo Rau & Yvan Sagnet” at House of Compassion. Both Milo Rau and Yvan Sagnet will be present. We will show their film ‘The new Gospel’ and afterwards have a conversation with them.

Where?
At House of Compassion (Beguinage Church), Beguinage, 1000 Brussels.

This event is bilingual, English and French. Simultaneous translation will be provided.

About the film
In 2017, Rau was asked to re-film the crucifixion of Jesus in southern Italy’s Matera, the place where famed director Pier Paolo Pasolini made Il vangelo secondo Matteo (The Gospel according to Matthew) in the early 1960s.

Rau encountered a new savior in Matera, activist Yvan Sagnet. He stands up for the rights of undocumented migrants in the mafia agricultural sector. He will play the lead role in the film.

The New Gospel is both a Jesus film and a look behind the scenes. We see Sagnet grow in his role of Jesus. In Matera, he manages to mobilize various groups of farm workers for a large-scale protest, which is dubbed the “Revolt of Dignity. Dignity is also what the film is looking for, both in the portraits of the activists and the actors.

About the speakers
Milo Rau is director, author and since the 2018-2019 season artistic director of NTGent. Since 2002, he has had more than fifty plays, films, books and actions to his name.

Yvan Sagnet is a Cameroonian-Italian human rights activist. When he loses his visa as a student, he goes to work as a tomato picker in Southern Italy. There he will experience firsthand the inhumane working and living conditions in the mafia-like agricultural sector. When he starts protesting together with his fellow agricultural workers, he succeeds in changing Italian legislation. Later, Yvan Sagnet is knighted by Italian President Mattarella. He graduates as an engineer and founds NoCap, an international organization that continues to advocate for the rights of farmworkers.

Tarik Chaoui is of Moroccan origin. He is the spokesperson for “Union des sans papiers pour la régularisation” (USPR).

We use cookies on our website to give you the most relevant experience by remembering your preferences and repeat visits. By clicking “Accept”, you consent to the use of ALL the cookies.
Cookie settingsACCEPT
Manage consent

This website uses cookies to improve your experience while you navigate through the website. Out of these, the cookies that are categorized as necessary are stored on your browser as they are essential for the working of basic functionalities of the website. We also use third-party cookies that help us analyze and understand how you use this website. These cookies will be stored in your browser only with your consent. You also have the option to opt-out of these cookies. But opting out of some of these cookies may affect your browsing experience.
SAVE & ACCEPT